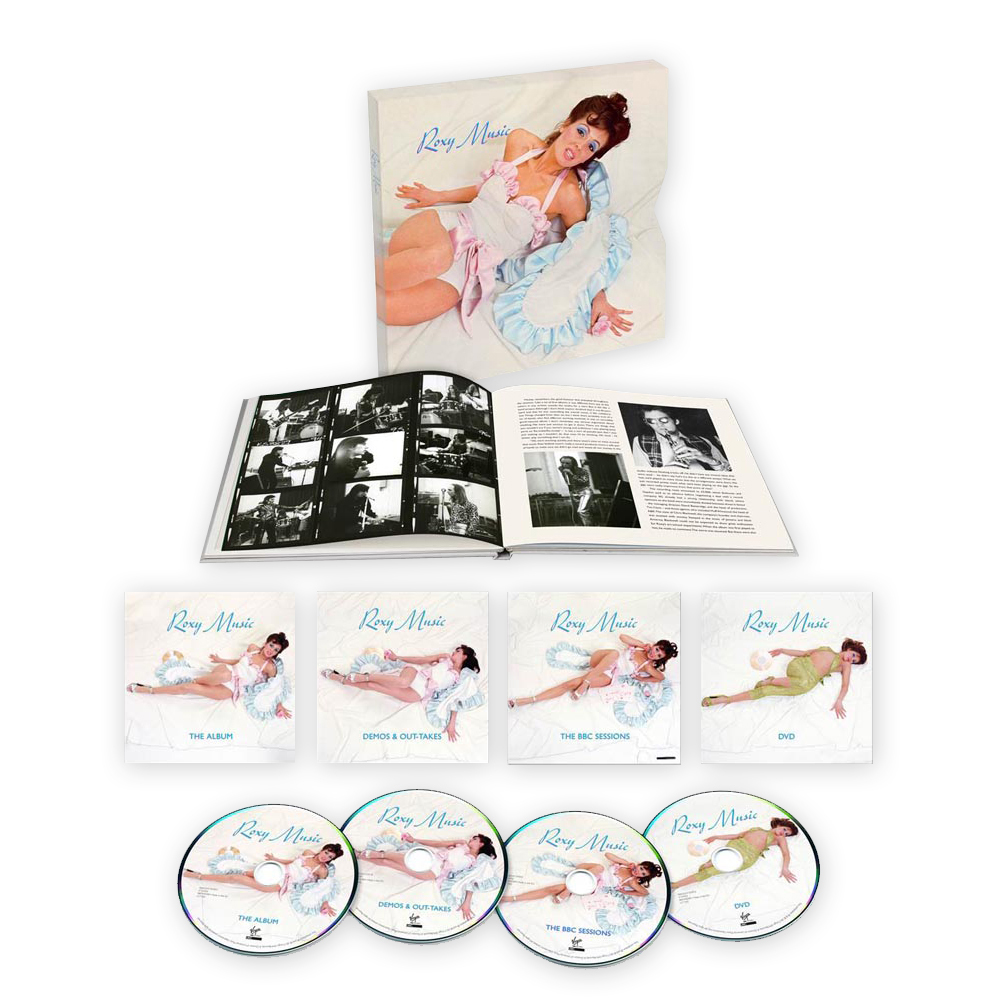 Roxy Music, led by the inimitable Bryan Ferry,  the first post-modern pop group; stylishly mixing culture, art, film and music into one singular, space-age cocktail. And, unlike many performers of their era, they had no past – they emerged fully formed with no visible artefacts of dalliances with beat or hippydom; here they  as if beamed from another planet with their love songs about the golden age of Hollywood, cars and the Battle of Britain.

45 years later, with the group’s involvement, we get an opportunity to fully assess the album, and most importantly, listen as Roxy evolved and developed. The box set provides a thrilling capture of Roxy Music in 1971/1972. Hear the demo tape that caught the attention of writer Richard Williams that ultimately led to their deal with EG Management and then Island Records. Listen to the BBC Sessions which saw the group hone their craft. Enjoy something very special indeed with unheard glimpses into their working methods in the studio – prepared exclusively by Bryan Ferry and producer Rhett Davies, alternate session versions have been put forward for every album track, plus Virginia Plain. The original album is presented in the 1999 Bob Ludwig master, while the of the audio has been mastered by Frank Arkwright at Abbey Road.

The DVD includes promos and BBC TV appearances as well rare footage of Roxy at the Bataclan Club in Paris in November 1972, the only surviving capture of them live on stage. To round the audio/visual elements of the , lifetime admirer Steven Wilson has mixed the  5.1 DTS 96/24 and Dolby AC3 Sound.

Seven years in the making, the box set also contains a  book printed on hi-gloss170gsm paper curated by Bryan Ferry, containing many rare and previously unpublished photographs, an essay by aforementioned Guardian journalist and author Richard Williams, the man who first wrote about the group in Melody Maker in

DISC ONE - THE ALBUM

9. Virginia Plain
10. If There Is Something

DVD - The full album remixed in 5.1 by Steven Wilson